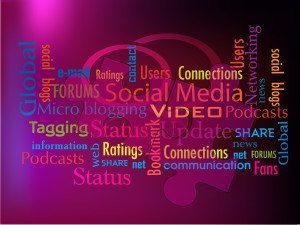 Rumors have abounded this week that Twitter is considering rolling out a new limit for tweets by the end of the first quarter of 2016—to the sound of 10,000 characters. This is a significant boost from the current limit of 140 characters. While longer tweets seem like a logical step to many, with the potential for serious commercial benefits, others feel that Twitter is suffering an identity crisis. Considering the fact that Twitter’s stock price hit an all-time low this week, dropping to $19.98, investors could be getting jittery about the potential for change. The decline in stock price currently brings the company’s value to around $13 billion.

Twitter plays an important role in many social media and online marketing campaigns, but a lot of that is based on the simplicity of its rapid fire messages. 10,000 characters is practically a blog post—and while the rumors point to a “read more” button at the end of the shortened content at the beginning of the tweet, this puts it in a different realm. Will users still be able to see a list of tweets without scrolling? Will they still experience the instant gratification of reading a quick celebrity tweet or message from their favorite brand?

if you remember, you used to be able to check Twitter on your phone and see a whole list of tweets without touching the screen. Now most tweets include some form of media, which tends to add a lot of value for many users. For others, it requires a little more work to get what was once a quick fix from checking Twitter.

Change is good and evolution is often necessary to grow as individuals, as a company and as an industry. Yet when a product of any type, from a social media site to a coffee, strays too far from its original form, users tend to lose interest and loyalty. With too much deviation, they may stop using it altogether.

For information on our social medial and online marketing services, visit this link.